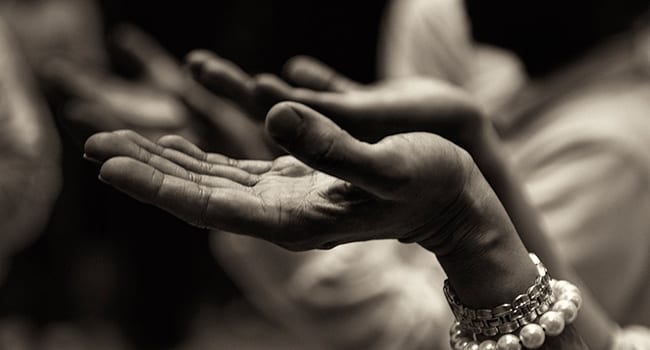 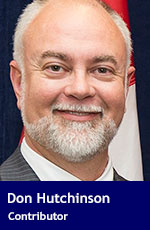 Just before Parliament adjourned in June 2008 for summer break, the Religious Liberty Commission (RLC) of the Evangelical Fellowship of Canada released a report called Broken Promises: The Protestant Experience with Religious Freedom in China in Advance of the 2008 Beijing Olympic Games.

I was the chair of the commission and was present when the report was made public at a forum in the West Block on Parliament Hill.

Following the event, I attended a demonstration across the street from the Chinese embassy in Ottawa. At the demonstration, a former member of Parliament advised me that I had been photographed by Chinese officials in the West Block and likely again at the demonstration. He motioned toward an open embassy window where a telephoto lens was visible. Given his experience in dealings with China’s government, he suggested I never set foot in that country.

The conversation that afternoon was informed by this statement from the report:

The Chinese government verbally committed to improving China’s human rights situation when, in February of 2001, Liu Jingmin, Beijing’s deputy mayor, stated that “by applying for the Olympics, we want to promote not just the city’s development, but the development of society, including democracy and human rights.”

To get the Summer Olympic Games, among its many commitments the Chinese government agreed to the Olympic ideal of promoting “universal fundamental ethical principles” essential to the development of peaceful and harmonious society.

Government of China documents referenced in Broken Promises showed that the fundamental principles of Olympism – along with international laws, covenants, agreements and the Chinese constitution – were dishonoured by design in order to present the world with a sanitized environment for the Games. The intention was to present the communist government in a progressive light.

Policy documents outlined the plan to crack down on religion, particularly Protestant Christians in unregistered (sometimes called underground) churches. Codenamed “Typhoon No. 5,” also described was a targeted campaign against foreign missionaries and domestic Chinese organizations in contact with foreign Christian organizations. Olympic teams were to be (and were) prohibited from bringing team chaplains. Instead, only Chinese clergy selected by the government were available to athletes and coaches.

Broken Promises documented extensive persecution of Protestant Christian leaders generally, as well as actions specifically tied to the government’s Olympic agenda, including systematic detentions, arrests and torture. Recommendations were made for Canada to engage China through diplomatic means. The proposals involved using Olympic commitments and the upcoming Games as an opportunity to pursue action by China’s government more in keeping with the promises made to get the Games.

The question discussed in the PMO was whether Canada should participate in the Beijing Summer Games, then two months away.

Canada had boycotted the Olympics only once: the 1980 Moscow Summer Games after the Soviet Union invaded Afghanistan. Vancouver was due to host the Winter Olympics in 2010. Unexpectedly, I found myself presenting arguments about the potential for Canada’s long-term diplomatic efforts to be compromised and conditions in China to worsen if the decision was made not to participate as opposed to pushing before the Games for whatever human rights gains could be made.

Seven years later, in the midst of the longest Canadian federal election since 1872, I was invited to go to China. The advice from family and friends, including the MP mentioned above, was to stay home. Through back channels I was given verbal assurance by a high-ranking Chinese government official that I would be safe in China and would safely return to Canada. Still, it was uncertain what, if anything, Canada’s government would be able to do to get me home if I was detained.

Xi Jinping assumed the presidency from Hu Jintao in 2013. Xi’s prior leadership in Zhejiang and Shanghai, and his five years as vice-president suggested openness to relationships with non-nationals in regard to China’s state recognized religions: Buddhism, Taoism, Islam, and both Catholic and Protestant Christianity. Signals sent by academic and religious institutions hinted that once Xi consolidated power in the Chinese Communist Party (CCP), there was encouraging possibility for improved religious freedom.

The invitation included opportunities to visit the world’s largest volume Bible printing press, to meet with senior officials from the state-registered Protestant and Catholic churches, and have conversations with senior staff in the State Administration for Religious Affairs (SARA, the government department for religion). And, as I entreated my wife, there was verbal assurance of my safe return.

For someone with a commitment to religious freedom, this was the opportunity of a lifetime. Required from me was a signed statement that I would not meet with any representatives from unregistered churches while in China. (I had previously met with unregistered church leaders in 2006 and Chinese human rights lawyers in 2008, both outside of China.)

My trip to China was noteworthy. The agreement for the first Chinese language study Bible was signed. I received a copy of the completed New Testament (along with other treasured gifts), visited one of the seminaries where translation work had been done, and toured the press where it was printed. I was in the room – although at the opposite end of the table in a separate conversation – when the first stages of dialogue to reunite the Vatican and the Bishop’s Conference of the Catholic Church in China took place. And, there were the promised conversations at SARA, the first unexpectedly hosted by Minister Wang Zuo’an, then lunch with senior policy and legal staff from the Protestant Christian division.

It all gave the indication that fresh freedom was on the horizon.

In December 2017, the full study Bible, with Old and New Testaments, was released. Revised regulations for religion in China came into effect in February 2018. Unregistered churches were urged to register. Then, in April, online Bible sales were banned. In September, the Catholic Church signed a two-year provisional agreement, honoured by the Catholic Church but recognized by the CPP mostly in the breach.

By the end of 2018, SARA had been dissolved and its responsibilities transferred to a CCP office responsible to limit opposition to communist control. Crosses and church buildings started coming down. New measures in regard to religion were announced again in December 2019. As 2020 opened, religious symbols in churches and private homes were being removed and replaced with images of Mao Zedong and Xi. In registered churches, hymns on a Sunday were replaced with patriotic communist songs. CCTV cameras were ordered installed in all church buildings.

Conversation about religious freedom in China has turned from expanded freedom to reports of religious re-education, including through purported retranslation of portions of the Bible and other sacred texts to make them CCP supportive.

For nearly two years, efforts to contact friends in China have gone without response or with words suspending the conversation. In a variety of ways, I have publicly shared verified stories from others about the persecution that’s sweeping the nation. But I held back from saying anything. I’m concerned for my friends, my brothers and sisters in Christ.

That concern can no longer restrain my thoughts.

The Bible has been and remains widely available in China. Along with the Holy Spirit’s guidance, it will continue to be foundational for the church, regardless of persecution or any efforts to amend future translations.

The abuse of Falun Gong practitioners is deplorable.

The incarceration and re-education of Uyghur Muslim people is unconscionably genocidal.

The demand that Christians worship China’s 21st-century Caesar is reprehensible.

The government of China continues breaking promises. The magnitude of their breach is escalating.

That the International Olympic Committee (IOC) has chosen to not adhere to the fundamental principles of Olympism and rescind Beijing’s award to host the 2022 Winter Olympics is beyond belief. The IOC is unwilling to abide by its principles.

It’s time for Canada and other countries to take the Olympic Charter seriously. Commitments made by themselves and by China under United Nations covenants – including the Universal Declaration of Human Rights – make it right to step away from the Beijing Winter Olympic Games, and perhaps organize an alternative for 2022.

In 2008, I wasn’t prepared for Canada to boycott Beijing. Today, I implore the government of Canada to act decisively in favour of human rights and withdraw.

Don Hutchinson is principal of Ansero Services, a Canadian charity focused on religious freedom, and author of Under Siege: Religious Freedom and the Church in Canada at 150 (1867-2017). A longer version of his article was originally published in Convivium, a publication of the think-tank Cardus.

Don is a Troy Media Thought Leader. Why aren’t you? 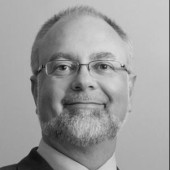 Don Hutchinson is the principal of Ansero Services, a registered Canadian charity that encourages Christian individuals and ministries actively engaged on the issue of religious freedom in Canada, or globally, to partner for greater effectiveness. The author of UNDER SIEGE: Religious Freedom and the Church in Canada at 150 (1867–2017), Don is a graduate of Queen’s University and the University of British Columbia law school. 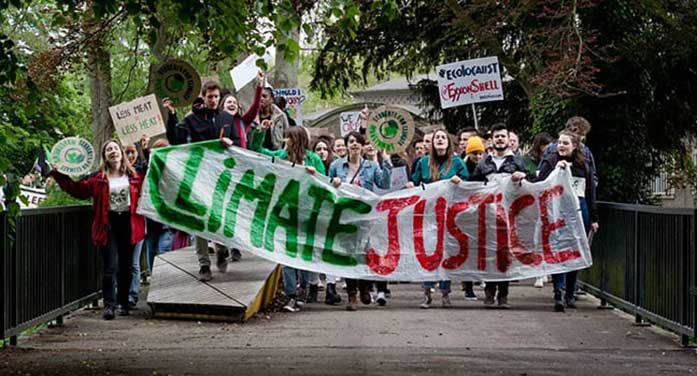 The rise of smiley-face environmental terrorism 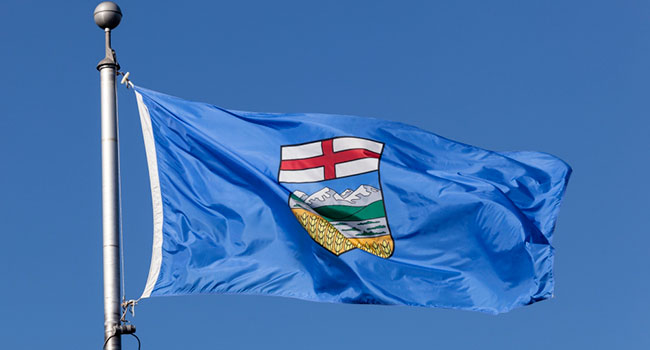 Albertans ready to fight for fairness and tackle equalization 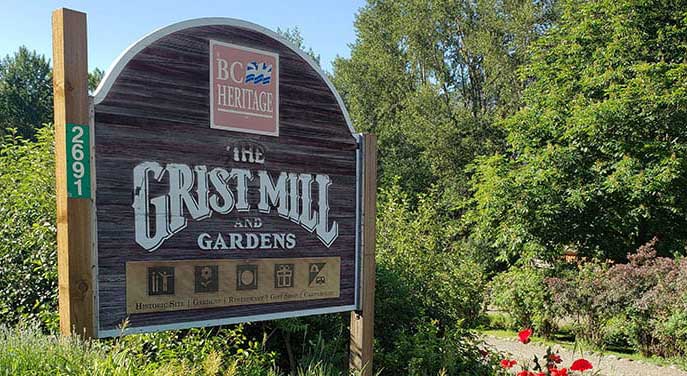 ConnecTour Chronicles: One man’s gear is another man’s gold 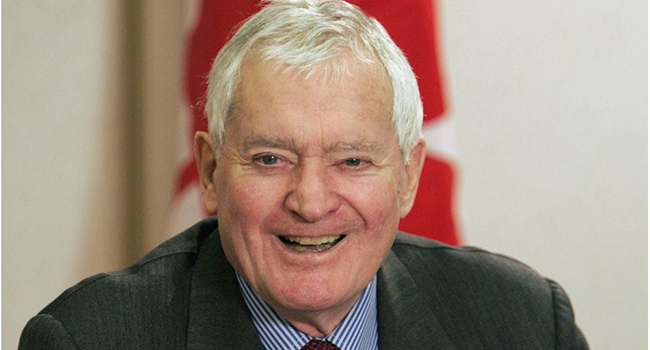 John Turner and the demise of gentlemanly politics