Do we or the government own our bodies? 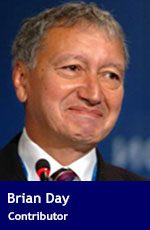 The crisis we now face in our health system is there for all to see and observe. Notably, McFarlane offers no solutions.

For those whose memory is short, the government of his era – he was a deputy minister in the early to mid-1990s – theorized too many doctors and nurses were treating too many patients and that was responsible for rising health costs.

Their solutions were simple. Close beds, cut back medical schools (10 to 30 per cent nationally) and close many nursing schools.

In the 1990s, not a single hospital was built in B.C., and 1,600 full-time nursing positions were eliminated. We now have a shortage of hospital beds, doctors and nurses.

The Index Mundi data show Canada ranks 69th in the world in doctors per population. In the 1970s, we varied between fourth and eighth. Organization for Economic Co-operation and Development (OECD) tables show we rank 31st in hospital beds on a population basis.

McFarlane repeats his prior claims that the reason for our legal challenge to the status quo is based on a wish for doctors to “boost their income,” repeating former attacks where he described “excessive compensation demands by various health professions” and statements that “our health service has fallen victim to the desire of a group of specialists to stuff their mouths with gold.”

The B.C. Court of Appeal refuted those claims, and our five patient plaintiffs had nothing to gain by increasing doctors’ incomes.

According to the Canadian Institute for Health Information, Canada now spends 12.7 per cent of its gross domestic product (GDP) on health care. That’s more than any other country that offers universal care.

For our population of 35 million, we have 14 ministries of health that include 11 public health bureaucrats for every one Germany has. And their public health system outperforms us in every way.

Every country in the world allows a non-government option, while Canada operates a state monopoly in hospital and physician care. I am not aware of any monopoly that serves its users well.

Statistics Canada reports that low-income Canadians suffer from the worst access and outcomes and, among 10 developed countries with universal care, Canada ranks last in equity.

The Appeal Court confirmed wait lists were dangerously long, with many B.C. patients dying because of poor access. The court appeared to condone the current system because of a theoretical negative impact that a non-state safety valve might have on disadvantaged citizens. That fear ignores the government’s ability to fund private insurance or care for lower-income patients, just as they do for prescription drugs, dentistry, ambulances, etc.

Inequality has always existed in our system for groups like WorkSafe B.C. and other exempted groups, including non-residents, prisoners and federal employees (including judges).

The 89,000 patients treated in private B.C. clinics each year leave the public system and increase hospital capacity. They add resources to the public system, and our government contracts out care to the clinics.

The following quotes from the B.C. Court of Appeal judgment confirm that this was not a clear victory for the government:

Both politicians and the courts are deferring responsibility to each other. The B.C. government ignores the fact they have made the provision of timely access to medical care a legal requirement they are required to honour.

It’s surely unacceptable that, having failed to meet that obligation, they then seek to enforce another law that prevents individuals from stepping in and caring for themselves and their loved ones.

It begs the question: Do we or the government own our bodies?

Brian Day is an orthopedic surgeon, health researcher and medical director at Cambie Surgery Centre in Vancouver. This piece was supplied by the Frontier Centre for Public Policy.

Why our health system treats Canadians poorly added by Brian Day on August 4, 2022
View all posts by Brian Day →

2 Responses to "Why our health system treats Canadians poorly"