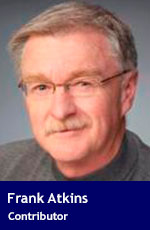 With everyone’s attention riveted on COVID-19, it’s important to remember there are still unrelated bad policy ideas that could become legislation.

As is usually the case in these types of matters, the problem seems to be largely defined by government, some lobby group or a combination of both. In this case, it appears the so-called problem is being defined by the insurance industry.

Celyeste Power, vice-president of the Western region for the Insurance Bureau of Canada, was quoted in the Edmonton Journal saying injury lawsuits are the biggest factor driving up insurance costs.

The Alberta government appears to be yielding to the intense lobbying of insurance companies.

The scary proposition here is that these companies, in an attempt to reduce personal injury claims, seek to move Alberta toward a full no-fault system for car insurance.

Alberta already has a form of no-fault insurance, coupled with the common-law tort system under which claimants can sue for full and fair compensation for pain and suffering and economic losses. Individuals can sue if they don’t receive adequate compensation for their injuries.

A full no-fault system would remove the right to sue. This would be extraordinarily unfair to those who have lost their livelihood due to negligence on the part of other drivers.

And in a full no-fault system, drivers have no incentive to correct bad habits, since insurance premiums aren’t driven up by bad driving records.

Why would the Alberta government consider moving toward a no-fault system?

Premier Jason Kenney ran for the leadership of the United Conservative Party and conducted the spring 2019 election campaign based on the underlying conservative principles that free markets and less government intervention will lead to a more efficient economy.

But a no-fault insurance system is exactly the opposite of these free-market beliefs.

And I can’t see how a no-fault system, such as in Saskatchewan and British Columbia, could be implemented without creating a provincial insurance corporation. Imagine the bureaucratic inefficiencies that would arise with such a creation.

It’s worth pointing out that Kenney recently endorsed Erin O’Toole’s candidacy for the Conservative Party of Canada leadership. Kenny said, “We need a leader who is competent and principled. A leader who won’t run away from conservative principles under pressure from the media or the left.”

Apparently, in spite of the reasons for supporting O’Toole, Kenney is abandoning his conservative principles in response to lobbying pressure from insurance companies.

Albertans need to give serious consideration to the unemployment consequences of moving to a no-fault system. As with any government policy, the implied reallocation of resources will put some people out of work.

We don’t need the additional unemployment implied by moving to a full no-fault system.

Frank Atkins is a senior fellow at the Frontier Centre for Public Policy and a former University of Calgary economist.

Frank is a Troy Media Thought Leader. Why aren’t you?